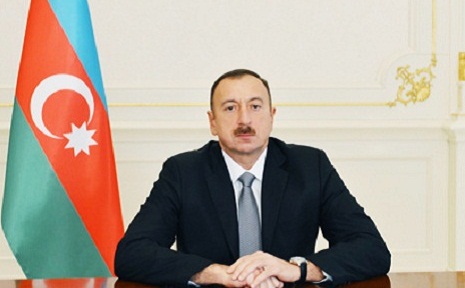 Azerbaijan President Ilham Aliyev has sent a letter of condolences to Turkish President Recep Tayyip Erdogan over the death of Suleyman Demirel, the ninth president of Turkey.

The letter of condolences reads as follows:

“Dear Mr President, we are stricken by the death of my dear brother, eminent statesman and public figure, ninth President of the Republic of Turkey Suleyman Demirel.

Suleyman Demirel devoted his whole life and activity to Turkey’s welfare, greatly contributing to deepening of cooperation between Turkic-speaking folks and states. He was also a genuine friend of the Azerbaijani people. His deep-seated adherence to Azerbaijan manifested itself in his support to our independence and in his merits in strengthening the Azerbaijan-Turkey brotherhood.

Over such a huge loss, we extend our heartfelt condolences to You, the friendly people of Turkey as well as the family and close ones of the deceased, and we share your sorrow.

May Allah have mercy on him”!