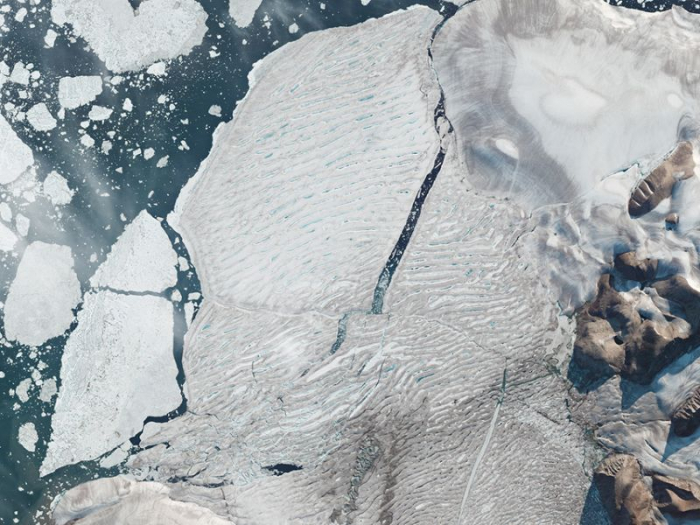 The Planet Earth-observation company has just released new imagery of the broken Milne Ice Shelf in the Arctic.

Located on the northern margin of Canada's Ellesmere Island, the ice platform split on 30/31 July to form a free-floating bloc some 80 sq km (30 sq miles) in area.

By 3 August, this berg, or "ice island", had itself ruptured in two, with both segments then seen to drift out into the Arctic Ocean.

Ice shelves are the floating fronts of glaciers that have flowed off the land into the sea.

Ellesmere Island was once bounded by extensive shelves that had melded into a single structure. 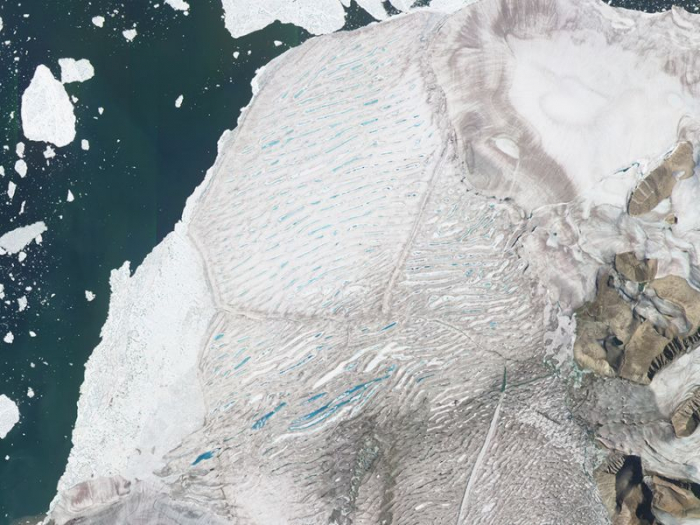 At the beginning of the 20th Century, this covered 8,600 sq km. But by the turn of the millennium, a rapidly warming climate had reduced and segmented the floating ice cover to just 1,050 sq km.

The pictures from the Californian Planet company come from its Dove satellites. The imagery was acquired on 26 July ("before") and 31 July ("after").

Interesting to note are the numerous melt ponds that cover the surface of the shelf. The presence of such liquid water can be problematic for ice platforms.

If it fills crevasses, it can help to open them up. The water will push down on the fissures, driving them through to the base of the shelf in a process known as hydrofracturing. This will weaken an ice shelf.