There are big problems in the economic sector in Armenia - Sarkissian 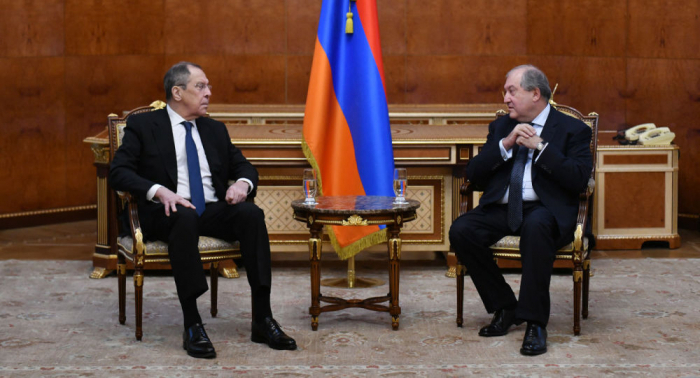 “You have arrived in Armenia at a difficult time. It’s a very difficult period, it can be called as a crisis period. There are big problems in the economic sector, it’s a difficult post-war situation, our problems are also psychological, unfortunately, there is also the coronavirus and many other issues. In general, the situation is also difficult in the foreign policy field”.

“No matter where Armenians live in, they all know that if your and Vladimir Putin’s efforts didn’t exist, today we would have continued to lose young lives”, President Sarkissian said. “In the first days of the war we knew that all efforts of the leadership of Russia, the President personally were directed for ceasing it. We were once again convinced that the real friendship is seen at difficult moments," the Armenian president noted.