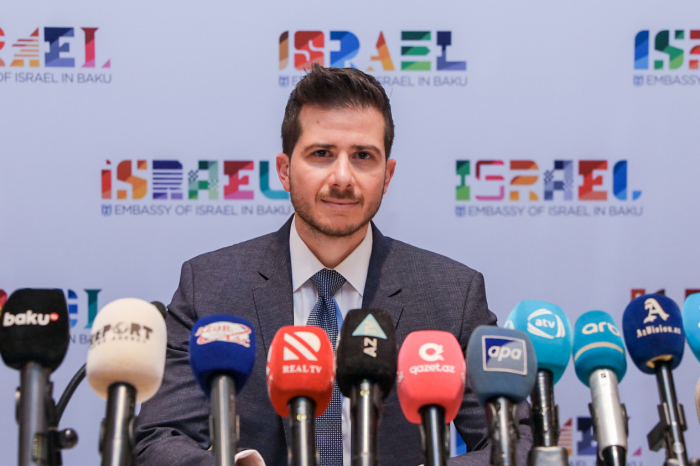 A strategic partnership has been established between Azerbaijan and Israel, which is highly valued by the Israeli side, Israeli Ambassador to Azerbaijan George Dick said at a press conference dedicated to the 30th anniversary of the establishment of diplomatic relations between the two countries, AzVision.az reports.

"The ties between Azerbaijan and Israel are much older than their diplomatic relations," the Ambassador notes.

"Our goal is to strengthen strategic partnership with Azerbaijan through high-level meetings," the ambassador said.