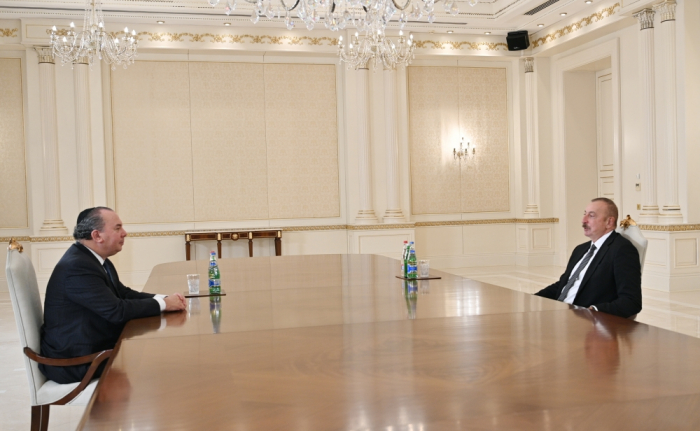 The historically tolerant environment in Azerbaijan, and the fact that the representatives of all nations and religions, including the Jewish community live in a friendly and peaceful environment as a family in the country were hailed at the meeting.

The conditions created for and the attention paid to the Jewish community in Azerbaijan along with representatives of other religious and ethnic communities at the state level were praised, and the active involvement of Jews in the public life of the country was pointed out.

The sides described the Partnership Forum of "Peace for culture" global campaign, which was held in Baku and attended by Marc Schneier, as another contribution of Azerbaijan to the development of intercultural dialogue.