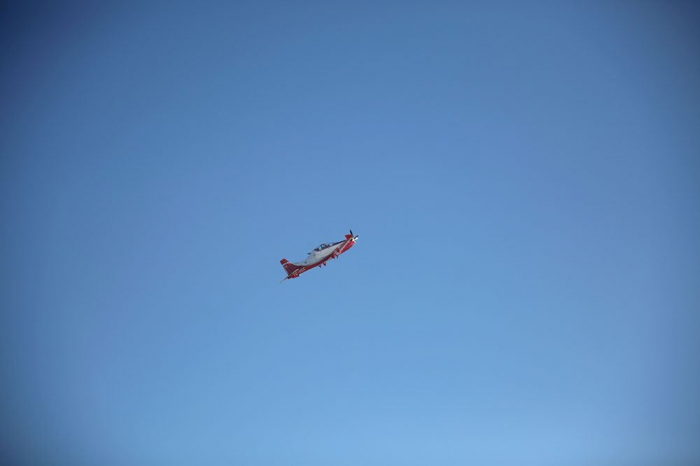 Two Hurkush trainer aircraft manufactured by the Turkish TUSAS company have been brought to Baku for demonstration, AzVision.az reports on Dec. 3 referring to the Azerbaijani Defense Ministry.

Demonstration flights of Hurkush trainer aircraft were conducted on December 3 on the Distinguished Visitors Day held in one of the military units of the Air Force.

A briefing was given on the tactical and technical characteristics and working principles of the Hurkush trainer aircraft.

Then, the two fraternal countries' military pilots performed joint demonstration flights in the airspace of Azerbaijan.

Lieutenant General Tahirov highly appreciated the training of the pilots and wished them success in their future service.