Aziz Sancar comments on his meeting with Azerbaijani president 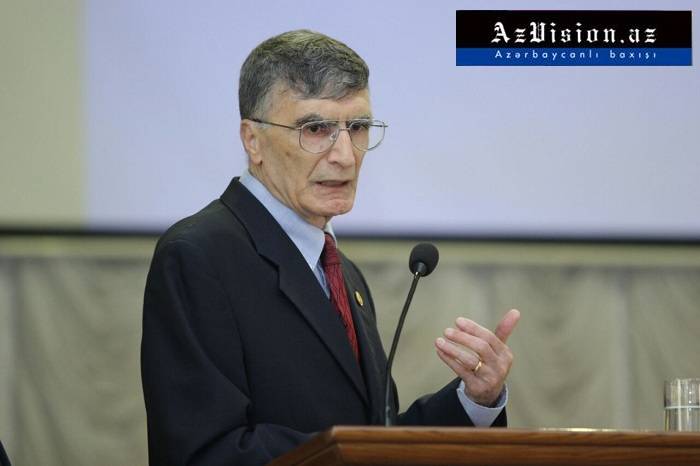 Laureate of Nobel Memorial Prize in Chemistry, Professor of the University of Northern Caroline of the US of Turkish origin Aziz Sancar expressed his gratitude to President of Azerbaijan Ilham Aliyev for a meeting with him adding that it was wonderful to meet the president, AzVision.az reports.

Aziz Sancar stated that they discussed the Karabakh war at the meeting, as well as the hypocrisy of the OSCE Minsk Group, which did nothing to resolve the conflict.

"Azerbaijan fought for justice in the 44-day war. If we did not take action, Armenian would still keep Karabakh under occupation. Thankfully, the lands have been liberated. Firstly, you must be strong in science. If you are not strong in science, you cannot fight. Ilham Aliyev also confimed it. When I say 'we are Turks', I mean Azerbaijan, Turkey and other Turkic states. Unfortunately, we have not been able to contribute to science and medicine. We owe it to humanity", he highlighted.