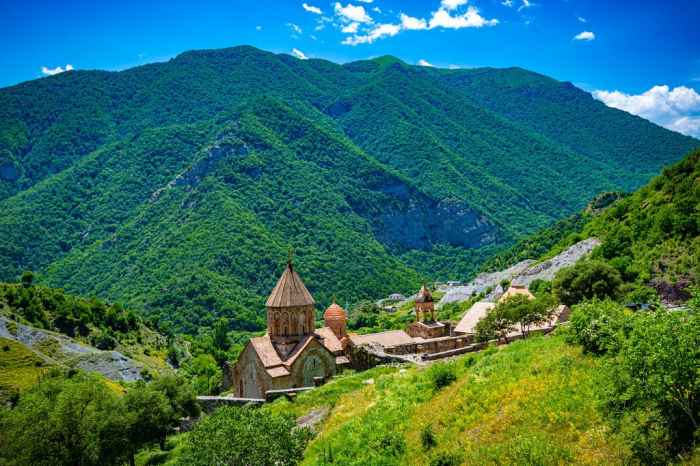 "Karabakh conflict is not an ordinary conflict and this victory is not a simple one. The devastation in Karabakh is absolutely different. We have never seen or read about such scale of the devastation and the total ethnic cleansing, the complete extinction of a city," Special Representative of the President of the Republic of Azerbaijan in the liberated areas of the Karabakh Economic District Emin Huseynov said at a scientific-practical conference on "Innovative opportunities for the economic development of the liberated territories" in Shamakhi, AzVision.az reports.

Huseynov said that the scale of the devastation in Karabakh over the past 30 years, as well as ethnic cleansing are the result of deliberate acts of vandalism.

"Speaking with Aghdam residents, it is possible to see their longing in their eyes. We are responsible for the revival of Karabakh and restoration of economy there. We must apply the most advanced technologies there," Huseynov said.