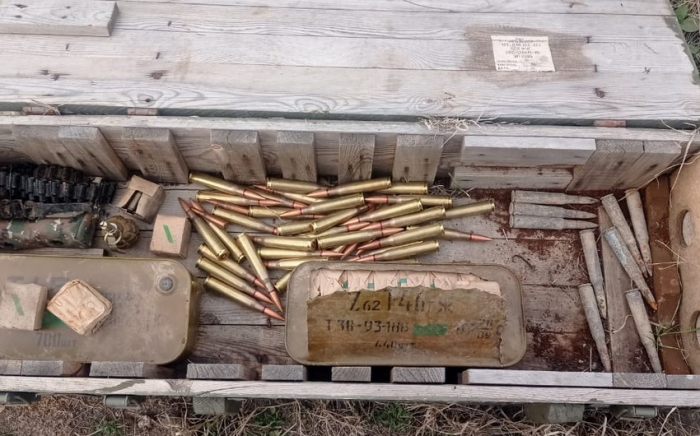 The representatives of relevant government agencies, including law enforcement officers, continue taking relevant measures to clear the liberated areas of mines and other explosive devices, and to collect weapons thrown by Armenian military units during the withdrawal from Azerbaijan's formerly occupied territories, AzVision.az reports citing the Press Service of the Ministry of Internal Affairs.

The employees of the Aghdam District Police Department discovered ammunition from the abandoned military positions as a result of the control-preventive measures conducted in the Giyasli village of the district.