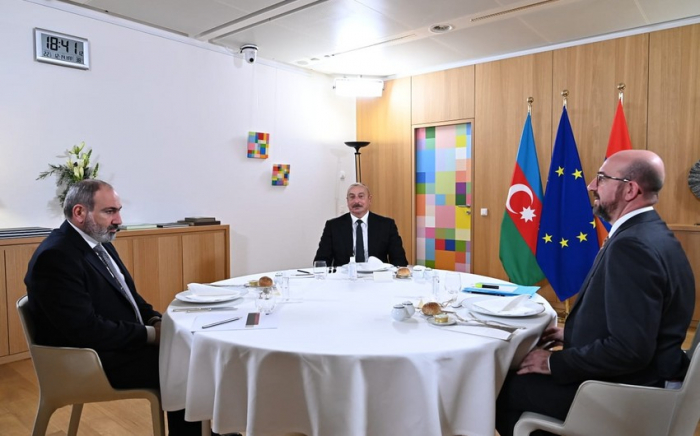 They discussed a number of important issues at the meeting which was held in a constructive atmosphere.

The issue of demining the liberated territories of Azerbaijan was brought up on the agenda, and the European Union's readiness to provide technical assistance to Azerbaijan in this regard was underlined at the meeting.

Both sides agreed to establish a temporary working group on the delimitation of the Armenian-Azerbaijani border. They also widely discussed the issue of opening communication and transport lines. The Armenian side has reaffirmed its commitment to build a railway from its territory. It was noted that the Armenian side would soon start construction of the railway.

The agreement was reached to ensure customs and border control issues based on the principle of reciprocity.

Discussions will continue on defining the route of the highway.

The President of the European Council made a press statement on the results of the meeting.