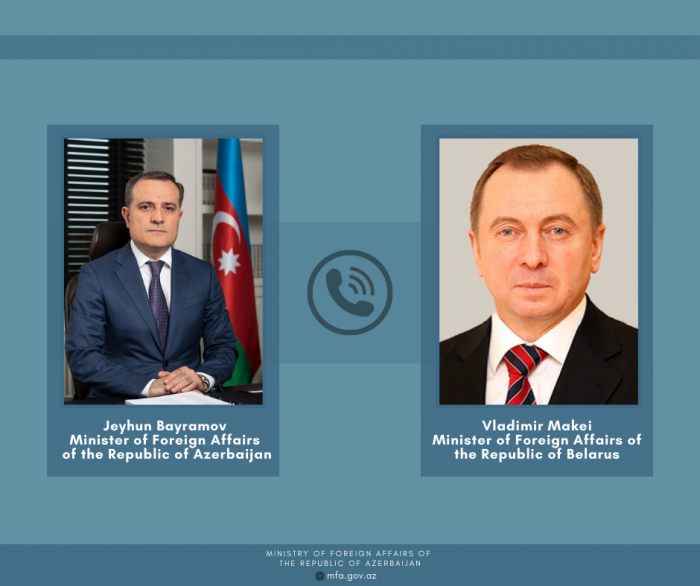 Belarus thanked Azerbaijan for its position on the joint declaration of the Eastern Partnership summit.

The parties exchanged views on topical issues on the agenda of cooperation between Azerbaijan and Belarus, discussed the prospects for the development of bilateral cooperation.

Makei thanked Azerbaijan for its constructive approach to the Belarus-related paragraph of the joint declaration adopted at the end of the VI Eastern Partnership summit based on international law.

The ministers also exchanged views on the situation in the region and other issues of mutual interest.

Earlier it was reported that Azerbaijan did not join paragraph 11 of the joint declaration of the Eastern Partnership summit dated December 15, 2021, and with regard to any operations "in the conflict-affected regions" mentioned in paragraph 8 of the annex to the declaration, made a reservation "without a corresponding request and agreement with the Republic of Azerbaijan".

At the summit, the President of the EU Council Charles Michel officially stated that Azerbaijan did not agree with paragraph 11 of the joint declaration in connection with the internal political situation in Belarus and expressed its position on this point.