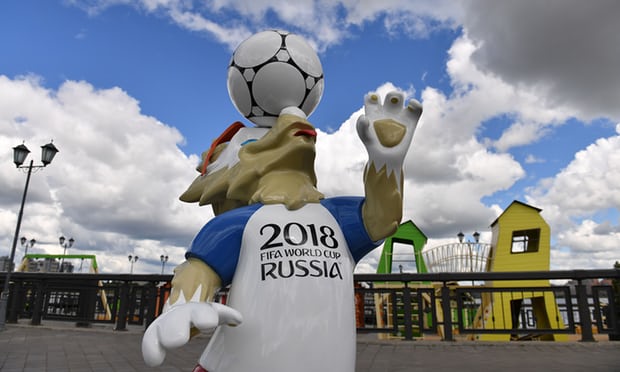 There is a lightbulb moment in Red Card, a gripping new book on how the US authorities exposed massive corruption in Fifa when prosecutors finally understand exactly what they are dealing with, the Guardian reported.

It comes in January 2012 as Chuck Blazer, the general secretary of Concacaf who has recently been flipped, outlines Fifa’s complicated structures and how he, and others, have creamed millions from sports marketing rights.

At that point the US prosecutor Evan Norris – who has previously convicted members of the Gambino family, including an assassin with a predilection for dissolving his victims in vats of acid – calls colleagues out of the room before making a triangle with his fingers.

It is a simple gesture they all understand. As the author Ken Bensinger explains, it signifies that Fifa fits the classic organised crime “triangle chart”. There is a boss, Sepp Blatter; underbosses in Fifa’s executive committee, and the executives of the six regional confederations. Then, beneath them, the soldiers, the officers of each national federation. There are even consiglieri, the advisers and lawyers who help the bosses behind the scenes.

At that moment, says Bensinger, it became clear to those present that they could also use the Racketeer Influenced and Corrupt Organizations Act, to charge large numbers of people in football for crimes stretching back years – provided they could prove they took place as part of a “pattern of racketeering activity”.

Six years later, dozens of officials from more than 15 countries have been charged with racketeering, money laundering, fraud and evading tax laws. Yet as the world’s eyes begin to focus on the 2018 World Cup there is a nagging sense that Fifa has been too quick to move on – and too many of us have been too happy to let it.

Perhaps we have become immune to tales of sports corruption. Or maybe tales of bureaucrats and backroom deals are too boring compared with what happens on the pitch. If so, Bensinger’s impeccably sourced account serves as a sharp reminder of the gargantuan levels of largesse and excess during Fifa’s bad, bad days – as well as a warning that not enough has been done to prevent them returning.

Blazer, a 32-stone American who looked like Santa Claus and would ride around New York in a mobility scooter with a parrot on his shoulder, was seen as one of the game’s more colourful characters. In reality there was only one colour he cared about – the green of the US dollar. In 2011, Concacaf (Confederation of North, Central American and Caribbean Association Football) made $60m – of which Blazer took an astonishing 10% “commission”. In one instance, he also paid himself $300,000 from a $3m Fifa grant used to build the television production studio within Concacaf’s Trump Tower offices. And rather than buy condos in Miami and the Bahamas, he put them in Concacaf’s name even though only he had the keys.

Yet there were many others out there on the make and take. Some, incredibly, were even doing it while helping the US authorities. As Bensinger relates, the Brazilian José Hawilla – who was discovered to have paid vast sums of bribes over more than three decades in football through his company, Traffic – approved the payment of millions of dollars to South American football officials even after striking a deal with prosecutors.

Not everyone, though, has faced the full force of US justice. Bensinger relates how the Uruguayan Eugenio Figueredo, who was arrested in 2015 and banned by Fifa’s executive committee, escaped extradition to the US thanks in part to behind-the-scenes help from none other than Vitaly Mutko, who invited Figueredo’s American defence attorney to Russia, ensured he got free legal advice and assured him that they had it all covered. Sure enough, Figueredo was extradited to Uruguay, not the US, and has never had to talk to American prosecutors.

So how much have things really changed inside Fifa? According to Bruce W Bean, a distinguished law professor at Michigan State University, while there have been reforms – including women being added to the executive council, salary transparency for some Fifa officials and integrity checks for executive council members – they have not gone far enough.

In an article in the Palgrave Handbook on the Economics of Manipulation in Sport, published last month, Bean says that while these reforms have “definitely looked good – they have not had a meaningful impact on Fifa – indeed the cynical term ‘Fifa reform’ is best understood as an oxymoron”.

It is worth remembering that Fifa still pays no income taxes on its billions of revenue. That it still has not implemented many basic measures of corporate governance, including term limits and independent chairs in executive committee meetings. And that its 25 executive committee members are paid six-figure sums each year as well as generous per diems, first-class fights, gourmet meals and all expenses.

When Fifa’s new headquarters in Zurich were opened in 2007, one of the works of art on display was a neon installation in curving script by the Italian Mario Merz. It posed an intriguing question: “Noi giriamo intorno alle case o le case girano intorno a noi?” “Do we revolve around the house, or does the house revolve around us?” When it comes to Fifa, that question is more pertinent than ever.