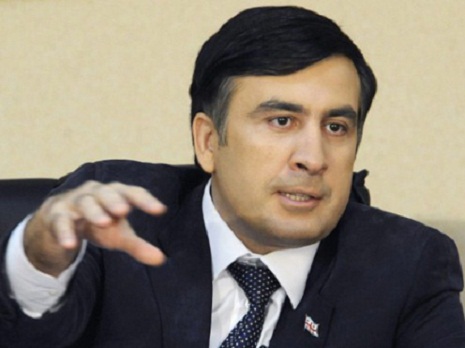 Former Georgian President Mikheil Saakashvili made the remarks Wednesday at the panel session “The European Union and the Neighborhood Policy” held as part of the 3rd Global Forum in Baku.

He said that the partnership program demonstrates the EU’s reaction to what happened in Georgia in 2008.

“Many people think this was a local war. However, more strategic minded people understand that the world order has changed, and it is important to establish partnership. The countries are very different in this partnership. However, there are common aspects as well. I am very impressed by the recent changes in Azerbaijan. Some forces demonstrate double-standard approach toward Azerbaijan, claiming that human rights are violated in the country. The reality is that the real source for alternative energy is Azerbaijan and Turkmen gas”, Saakashvili noted.

The former president said Georgia and Ukraine have similar issues – one of them is the Russian phenomenon.

“And the other issue is corruption. We must continue anti-corruption efforts everywhere. Corruption is the main enemy. Some people in Ukraine do not accept that government bodies may be created and defend all citizens”, he noted.

Saakashvili noted that Azerbaijan has chosen the right path and is more liberal than other European countries.

“Azerbaijan has chosen the way of rapid modernization. The European community needs to know and understand it,” he added.