Azerbaijan, US mull prospects for development of relations 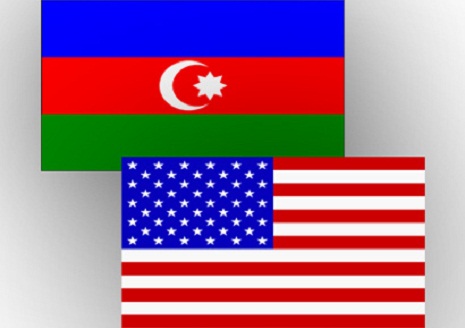 Azerbaijan and the US discussed the prospects for development of relations, the Azerbaijani ruling New Azerbaijan Party said in a message Apr. 30.
The message said the party’s deputy chairman and executive secretary, the deputy prime minister of Azerbaijan, Ali Ahmadov met with the US ambassador to Azerbaijan, Robert Cekuta.

The meeting discussed the current state of relations between the two countries and the prospects of their development.

It was noted that the interests of Azerbaijan and the US coincide, and it will contribute to the development of relations between the two countries.

Ali Ahmadov informed the ambassador about the work of the New Azerbaijan Party in the social and political life of the country.

The meeting was also attended by the deputy executive secretary of the New Azerbaijan Party, MP Siyavush Novruzov and the political advisor of the US embassy, ​​Susan Chesley.