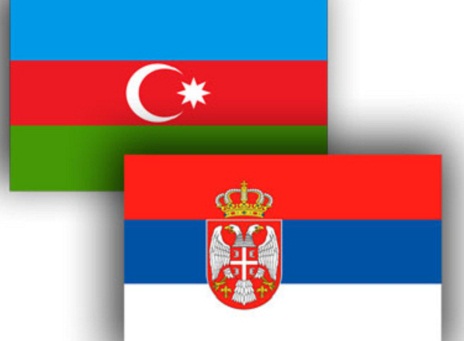 The bilateral relations between Azerbaijan and Serbia are developing rapidly, deputy prime minister of Azerbaijan, deputy chairman, executive secretary of the ruling New Azerbaijan Party (NAP) Ali Ahmadov said during a meeting with a delegation of the Serbian Progressive Party (SPP).

During the meeting, they discussed bilateral relations and further prospects of cooperation.

Such visits contribute to the development of relations between the New Azerbaijan Party and the Serbian Progressive Party, according to Ahmadov.

In turn, Joksimovic expressed satisfaction with development of relations between Azerbaijan and Serbia.

From the Azerbaijani side, the meeting was attended by the deputy executive secretary of New Azerbaijan Party, MP of Milli Majlis (Parliament) of Azerbaijan Siyavush Novruzov, MP Sevinc Fataliyeva, representatives of the media.