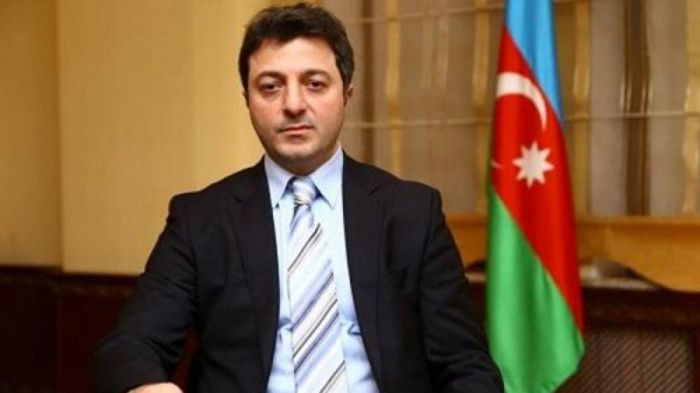 Chairman of the Azerbaijani Community of Nagorno-Karabakh region of the Republic of Azerbaijan Tural Ganjaliyev has released a statement on mutual visits of Azerbaijani and Armenian journalists, the Community told AzVision.az.

The statement reads that a group of journalists from Azerbaijan and Armenia, as well as the Armenian Community of Nagorno-Karabakh region of the Republic of Azerbaijan, have paid mutual visits in recent days.

It has been noted in the statement that the visit has been organized by Andrzej Kasprzyk, Personal Representative of the Chairperson-in-Office of OSCE and his Baku, Yerevan, and Khankendi representatives.

'During the visit, Armenian journalists have held meetings with Azerbaijani counterparts, representatives of civil society, and research centers got acknowledged with Russian Orthodox, Jewish, and Catholic Churches, acting independently and peacefully in Azerbaijan, and visited ASAN Service, DOST Center, Ganja, and Guba cities. They have also got themselves familiarized with the Armenian Church, situating in Baku center and being protected with its books in the Armenian language.

The Azerbaijani community of Nagorno-Karabakh region of the Republic of Azerbaijan has also participated in the meeting.

Armenian journalists have witnessed and get acquainted with the development of Azerbaijan, the multicultural environment in our country, peace and stability, the services provided by the state to the citizens, prosperity of the regions.

Azerbaijani journalists have visited Armenia and occupied Shuha and Khankendi cities by transports of OSCE, met with the Armenian community and held discussions.

We always support and encourage the dialogue,  peaceful coexistence between Azerbaijani and Armenian communities of Nagorno-Karabakh region of the Republic of Azerbaijan. We approached from this point of view to mentioned visits and meetings,' the statement reads.