Growing business opportunities in the Republic of Azerbaijan 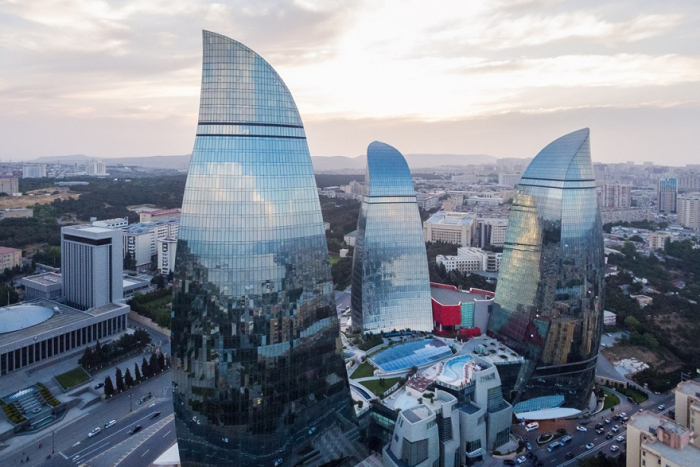 Currently, Azerbaijan is ranked among the top twenty countries in terms of fabricating reforms in “Doing Business 2020”. The country has focused vigorously on its socio-economic reformation, structural development, and industrial advancement through ensuring transparency. Structural changes within the government are also an imperative step towards efficiency and productivity of the state apparatus. To ensure more sustainable development, a strategic roadmap has been adopted by the government of Azerbaijan including comprehensive, institutional, monetary, financial modifications, tax, and customs management. 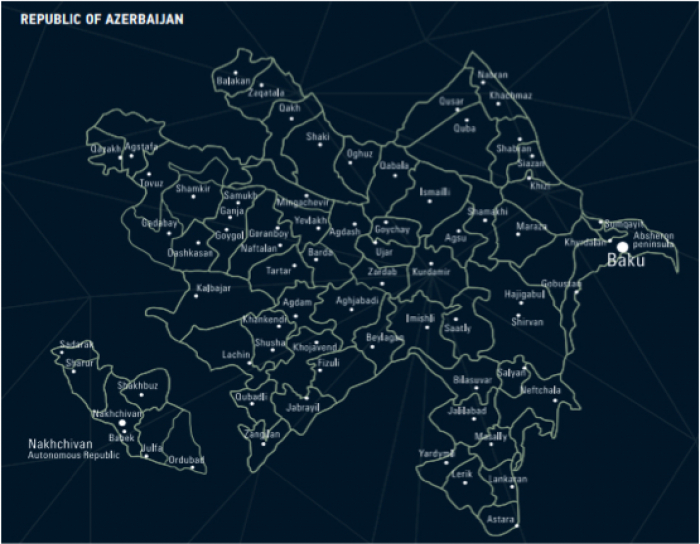 Azerbaijan’s strength is not only in its economy but being a multi-ethnic country and representative of multiculturalism, a spirit of tolerance has always prevailed in Azerbaijan. Thus, the Republic of Azerbaijan has managed to maintain its economic stability and sustainability.

Azerbaijan is a strategic meeting point for entire Eurasia. This has led the country to trade advancement for economic outcomes. The oil-enriched country has redefined itself over the past two decades from a struggling newly independent state to a major regional energy player. It is a hybrid of Turkic, Persian, European, and Caucasian influences, which gives this part of the region a unique history. The period of cultural and economic growth in Azerbaijan started in the late 19th and early 20th centuries. This economic rise also led to a cultural revival.

During the last 15 years, Azerbaijan’s economy grew more than three times. Approximately, $260 billion worth of investments have supported the country to modernize its infrastructure and transportation. As far as diversification is concerned, primarily the attention is aimed at the development of industry, agriculture, tourism services, and information communications technologies. The multiple pipelines to transport the oil and gas to international markets are aimed to diversify the state economy, to invest foreign capital and to create sustainable opportunities for growth. Azerbaijan through utilizing its geographical location has invested in building bridges between Asia and Europe. Today, the business climate in Azerbaijan is one of the most advanced in the world. According to the latest report of the World Bank and International Finance Corporation, Azerbaijan has ranked 25th among 190 countries in the “Doing-Business-2019” rating. 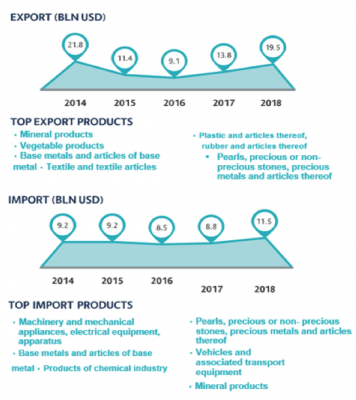 President Ilham Aliyev’s visionary and comprehensive policy initiatives have turned Azerbaijan’s natural recourses into a sustainable development tool for the country. His pragmatic strategy has yielded enormous benefits to Azerbaijan. Strategically positioned at the confluence of southwestern Asia with southeastern Europe north of Iran and south of Russia, the Republic of Azerbaijan has maintained a positive trade balance in its imports and exports level.

Azerbaijan Export and Investment Promotion Foundation (AZPROMO) under the Ministry of Economic Development has organized nine export missions in 2019 including seven countries containing; UAE, China, Poland, Latvia, Qatar, Switzerland, and Russia in 2019 to promote national products under the “Made in Azerbaijan brand”. Other strengths include gas abundance in the Caspian Sea, an increase in exports to Turkey and Europe, facilitating as a geographic liaison between China and Europe, and a positive general business environment.

During the previous five years, Azerbaijan’s GDP growth exceeded 2% in 2019, while non-oil GDP grew by 3.5 % and exceeded the pace of economic growth worldwide. In the last ten years, GDP and foreign trade have doubled in size. Investments grow to worth $ 270 billion. The country has benefited from high oil reserves and increased gas production, although its non-oil and gas sectors have also shown an ascendant trend. 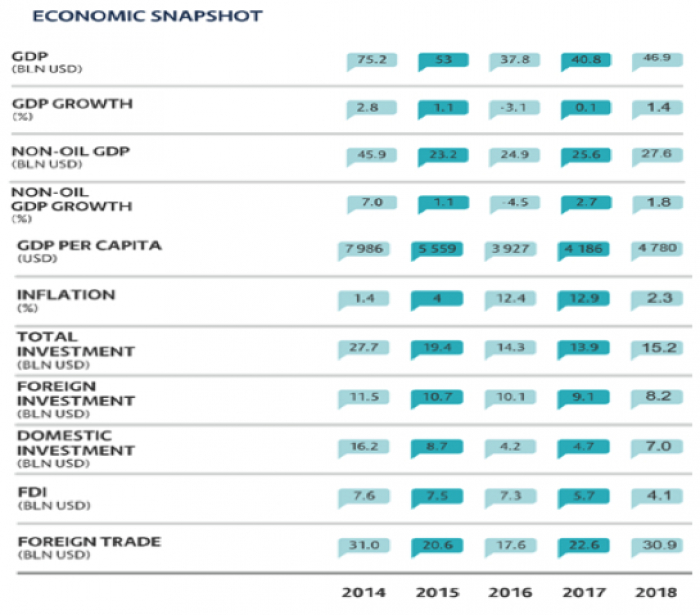 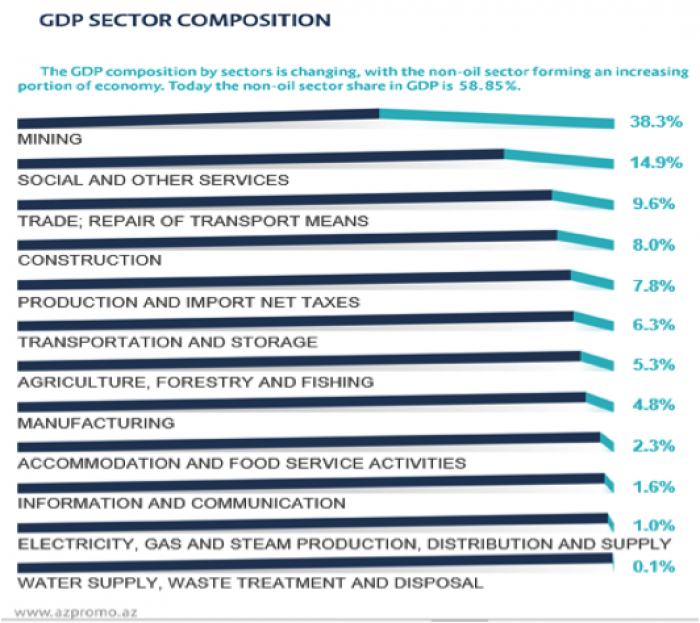 The GDP composition by sectors is changing by the course of time. The non-oil sector is forming an increasing portion of the economy in the current scenario. The share of the non-oil sector in GDP is approximately 58.85%. This ratio shows how Azerbaijan has diversified its economy and converted its reliance from the oil and gas sector to the non-oil zone. The country has shipped US$19.6 billion worth of goods around the globe in 2019.

The Republic of Azerbaijan has implemented several fundamental reforms aimed to promote exports and investment prospects. The novel economic reforms have launched by the President through the series of “Strategic Road Map”. Also, Azerbaijan has improved access to the tourism and business industry through launching the ASAN e-visa system. The government has made the regulation system flexible for strengthening the business environment. The legislative reforms are also among the top priority areas of the current administration, following the “Azerbaijan 2020: The Vision of the Future” and national development model.

Azerbaijan is providing excellent investment incentive schemes to foreign investors. There is no restriction related to the capital input and output and the repatriation of profits. All the necessary measures have been taken to protect and promote foreign investment. There exist 49 bilateral investment treaties and double taxation accords with various countries. Along with the wide-ranged investment prospects, the country possesses about half of its economically active population and holds one of the highest employment rates in the region. The major driver of employment ratio is the private sector. The Republic of Azerbaijan has an extremely high literacy rate of 99.8%.

Azerbaijan located on the south-eastern border of Europe is serving as the natural bridge between Europe and Asia. The Trans-Caspian East-West Trade and Transit Corridor is a key route connecting two major global economies, China and Europe. The South-North Transit Corridor spreads across Iran to Europe, proving the Republic of Azerbaijan as a regional hub with numerous resources. It is renowned as the logistic hub for the Caspian region as well as possessing the biggest airport, seaport, and rail network.

One can observe the utmost state of the art transport infrastructure in the Republic of Azerbaijan across the region. The state has built about 19,000 Km of hard-surface roads, 6 international airports, in which Baku operates the largest international airport in the entire region. The new international seaport, located at Alat, amid to add 10 to 11.5 million tons of cargo with annual capacity are the mega projects initiated by the current government. The rail network of 2000 Km, the “Iron Silk Way”, Baku-Tbilisi-Kars trunk-railway connecting European and Asian railway systems, is under construction. Thus, Azerbaijan has become the center of trade between Asia and Europe for millennia, as the silk Road is passed through Azerbaijan. Today, as trade flows increase between Europe and Asia, Azerbaijan is emerging as a transport and logistic hub at the crossroad of Eurasia. Also, it will become a strategic international logistics pivot by 2025. 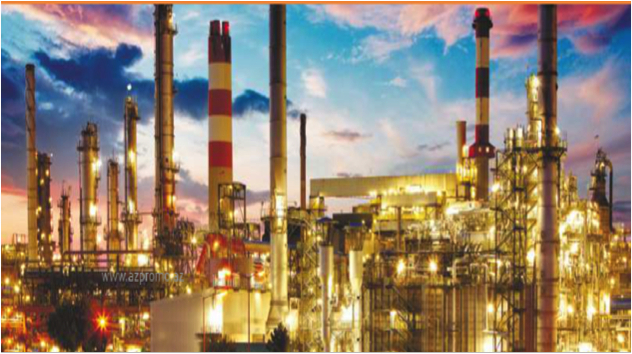 Azerbaijan’s capital Baku is among the top 10 world’s tourist destinations. Presently, it is enjoying a tourism boom due to its easy visa system and attractive tourist sites. The world Economic Forum named Azerbaijan the most improved country in the travel and tourism competitiveness index of 2017. 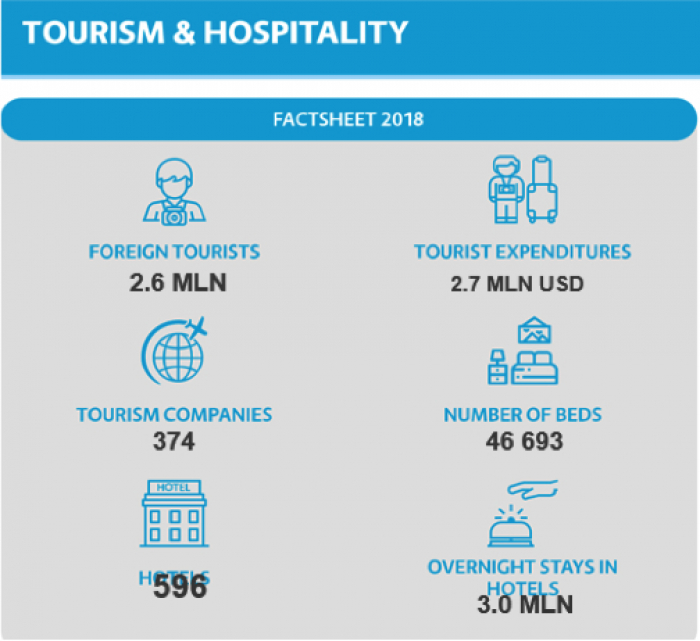 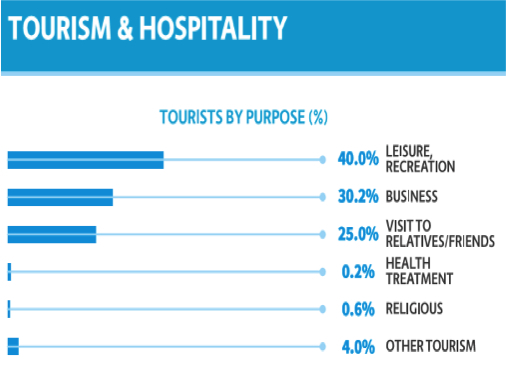 The “Strategic Roadmap” for the development of the Tourism industry aims to push the sector into the next stage of development. This includes the promotion of tourism based on the national values of Azerbaijan in the international marketplace and locally.

Moreover, it contains improvements in the tourism communications infrastructure and classified hotel’s certification. This will create opportunities for companies with expertise in the service industry, investing in human capital and practical anticipation within the country.

Azerbaijan has been revolutionized by the constant structural reforms. The era of President Aliyev in the office is marked by overcoming major political and economic challenges, achieving economic expansion and steady growth. Following Reforms initiatives have been taken to ensure transparency and structural modifications:

a) Significant changes have been implemented in the customs and taxation fields to tackle monopolies and to equalize the regulatory regimes for import and export products.

b) The taxation procedures have made updated to fully comply with major global transparency indexes following successful reforms in the field of taxation. The upgraded functions are dedicated to cover taxation and privatization of state properties, which is expected to accelerate the privatization of numerous state companies while attracting foreign investments in the upcoming years.

c) “Industrial parks” and “Free Trade Zones” have been formed, giving tax incentives, and a “seven-years tax-free regime”, to foreign investors. Furthermore, “Special Economic Zones”, like the new Baku port of Alat are exempt from duties and taxes.

d) President Aliyev has signed a verdict of judicial reforms in April 2019, urged for the rapid execution of focused reforms to counter corruption in the legal system and increasing transparency and consistency of judicial processes.

e) The diversification of the economy and the state program has introduced during 2014-2018 entitled as the socio-economic development of Azerbaijan. This particular initiative has made a huge contribution to the non-oil sector, due to its potential for production of non-oil products of Azerbaijan.

To sum up, the Republic of Azerbaijan is gaining ground in the fields of business and investment with its sound legal system, simplified land ownership, and property rights, regularized licensing, and valid taxation mechanism. The systematic and efficient policy reforms receive a positive attitude and outcome from the people of Azerbaijan. Azerbaijan’s policy based on national interests, security, stability, economic, social development, and its growing role in the international arena provides a solid base for its future progress and prosperity. The results achieved in all spheres of life have made a great contribution to the overall development of the country.