Sargsyan accused Pashinyan of death of 10 thousand people: I would shoot myself in his place 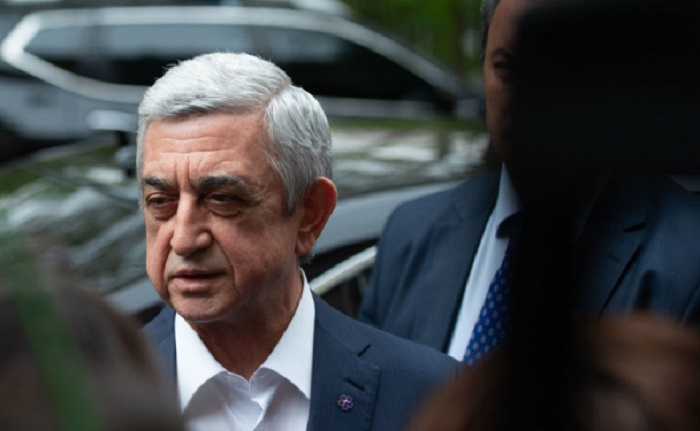 If I were Nikol Pashinyan, I would shoot myself, Armenia's third president Serzh Sargsyan said at a meeting with voters,AzVision.az reports citing the Armenian media.

Sargsyan said that if Nikol Pashinyan had a little self-respect, he would committ suicide.

“I swear, if I were the supreme commander-in-chief and there was such a situation, I would just shoot myself. Who needs such a life? ”Sargsyan said.

"Pashinyan is responsible for lives of  5,000 servicemen and 5,000 lives due to the coronavirus," former Armenian president stated.