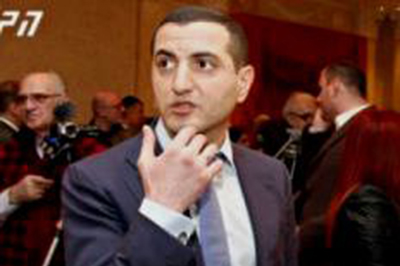 Interpol has called off its search for former Georgian Defense Minister Davit Kezerashvili, because the case is believed to be politically motivated.
Also an application by Georgia to declare former President Mikheil Saakashvili wanted has been rejected by the organization.

Kezerashvili’s lawyer Shota Mindeli said on Friday that he has received an official notice from Interpol and that his client is no longer listed as wanted on the organization’s website.

The reason Interpol called off the search is that there was believed to be political motives in his case, he explained.
About two months ago, Interpol also took former Justice Minister Zurab Adeishvili off the list of wanted persons, for the same reason.

Saakashvili’s lawyer Oto Kakhidze wrote in a Facebook post the same day that Georgia has tried to get Interpol put out a so-called red alert for his client, but the request was rejected.

Prime Minister Irakli Garibashvili responded later in the day by saying that the reason for Interpol’s decisions is ‘changing methodology’.

The Prosecutor General’s Office on Friday said Georgia was not given an opportunity to present its arguments in the Kezerashvili case before Interpol’s made its final decision.

In the case against Saakashvili, the former president who is now governor of Odessa, the Prosecutor General’s Office said it provided Interpol with information and all the material, but Saakashvili complained to Interpol and urged the organization not to approve Georgia’s application.

Georgian prosecutors have not given up, though, and plan to renew their requests to Interpol backed up by evidence, to have both Saakashvili and Kezerashvili declared wanted.
Kezerashvili is accused in several criminal cases.

In October, 2013, he was detained in France, but set free after a few months. Georgia’s extradition request was rejected, because there allegedly were political motives in his case.

He is one of many former officials from the National Movement government who have been prosecuted after the change of government in October, 2012.

Most well-known are the charges against Saakasvhili, who is charged in four criminal cases: embezzlement of state money for personal interests, involvement in covering up the murder of Sandro Girgvliani, the violent dispersal of a peaceful anti-government rally and shutting down a TV station in November, 2007, and the attack on parliamentarian Valeri Gelashvili in 2005.