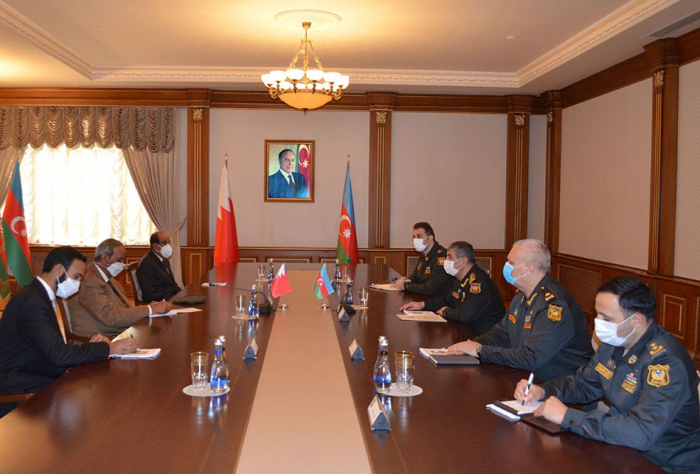 Azerbaijan and Bahrain discussed the military cooperation, AzVision.az reports referring to the Ministry of Defense of Azerbaijan

The mentioned issue was discussed during the meeting between Azerbaijani Defense Minister Colonel-General Zakir Hasanov and the Commander-in-Chief of the Defense Forces of Bahrain Defense Forces, Field Marshal Khalifa bin Ahmed Al Khalifa, who is on a working visit to Azerbaijan.

Expressing satisfaction with the military cooperation with the Kingdom of Bahrain, the Azerbaijani Defense Minister noted the importance of continuing work in this direction.

In turn, the Commander-in-Chief of the Defense Forces of Bahrain asked to convey on his behalf and behalf of the King of Bahrain congratulations to the President of Azerbaijan, Supreme Commander-in-Chief of the Armed Forces Ilham Aliyev, and the entire personnel of the Azerbaijani army in connection with the glorious victory in the Second Karabakh War.

It is reported that the parties discussed the military-political situation in the region, prospects for the development of military cooperation, and other issues in the field of defense.