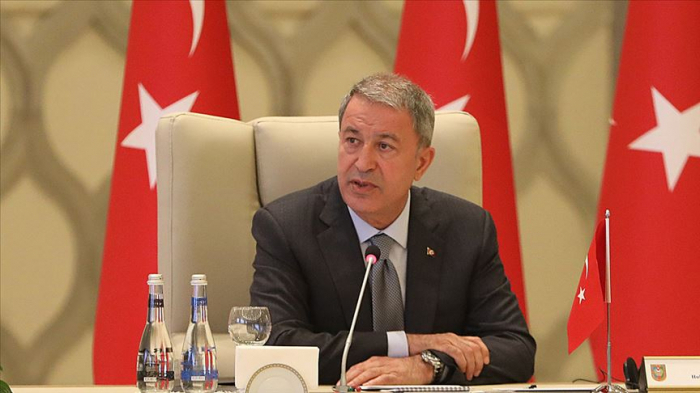 Akar reminded that during the 44-day second Karabakh war, Azerbaijan put an end to the 30-year occupation of its lands.

"In the Joint Monitoring Center, created within the framework of the signed statement on a ceasefire, the personnel of the Turkish Armed Forces and the Russian Armed Forces carry out joint service, making efforts to ensure stability, sustainable observance of the ceasefire," he noted.

The minister also stressed that joint work continues to find and neutralize mines and unexploded munitions in the liberated territories of Azerbaijan.