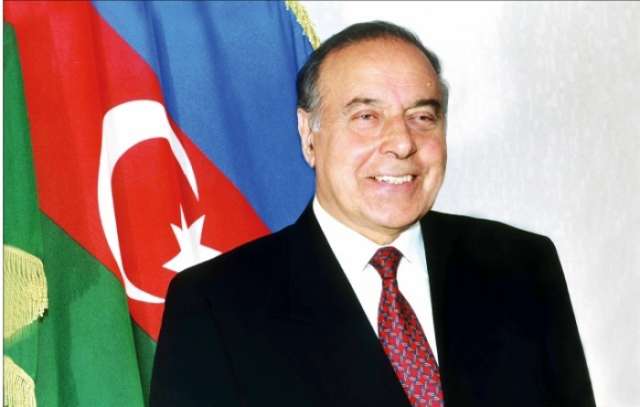 Today, Azerbaijan commemorates the 18th anniversary of the passing of Heydar Aliyev - the national leader of the Azerbaijani people, AzVision.az reports.

The memory of the national leader is honoured both in Azerbaijan and abroad.

Heydar Aliyev was born on May 10, 1923, in Nakhchivan. Having worked in the state structures since 1944, Heydar Aliyev since 1964 held the position of Deputy Chairman of the State Security Committee under the Council of Ministers of the Azerbaijan SSR, and since 1967 - Chairman, achieved the rank of Major General. He received special higher education in Leningrad, and in 1957 he graduated from the history faculty of the Azerbaijan State University.

Heydar Aliyev resigned in October 1987 in protest against the political line pursued by the Politburo of the Central Committee of the Communist Party of the Soviet Union and General Secretary Mikhail Gorbachev.

In connection with the bloody tragedy committed by Soviet troops in Baku on January 20, 1990, the next day, Heydar Aliyev made a statement at the Azerbaijani mission in Moscow and demanded that the organizers and perpetrators of the crime against the Azerbaijani people be punished. He left the Communist Party of the Soviet Union in July 1991 in protest against the hypocritical policy of the USSR leadership regarding the conflict in Nagorno-Karabakh.

In 1992, Heydar Aliyev was elected chairman of the New Azerbaijan Party at its founding congress in Nakhchivan.

He remained the president until 2003, stepping down from his post in October of 2003 due to health problems.

Following a long-lasting treatment in a Cleveland clinic, Heydar Aliyev passed away on December 12, 2003. He was buried in Baku, in the Alley of Honor.