National library of Belarus illuminated in colors of Azerbaijani flag 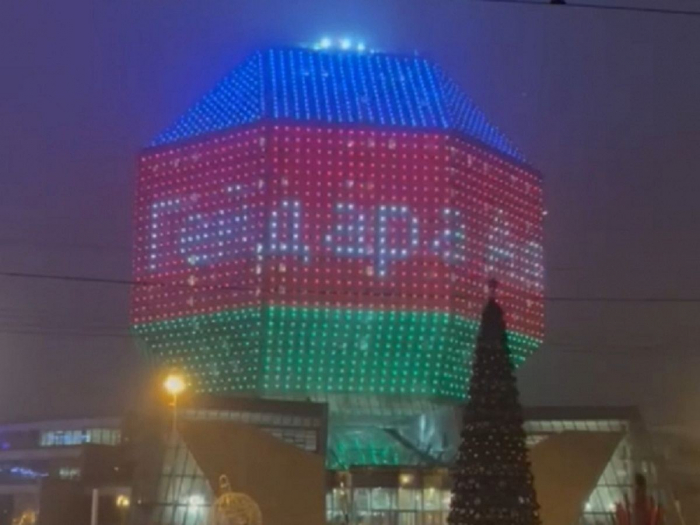 The building of the National Library, which is one of the main symbols of the capital of Belarus - Minsk has been illuminated in the colors of the Azerbaijani flag, AzVision.az reports.

This step was initiated by the Azerbaijani embassy in Belarus and the Trade House in memory of great son of Azerbaijani people, great national leader, architect and founder of independent Azerbaijan, world famous politician and statesman Heydar Aliyev.

The national library was illuminated in blue, red and green in the evening.

"December 12 is the day of remembrance of Azerbaijani national leader Heydar Aliyev," reads a statement posted on the building.