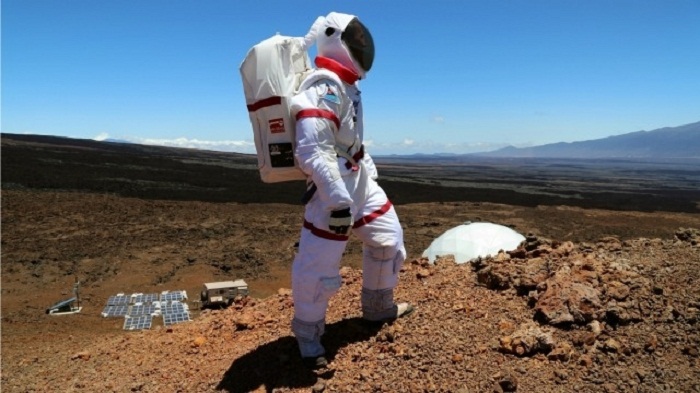 Going to Mars could be bad for astronauts’ brains, a new study using rodents has found.

While the Earth’s magnetosphere mostly protects people on this planet from cosmic radiation, any trailblazers on a long-distance trek to Mars would have to contend with the harmful radiation of space. To study this, researchers exposed rodents to charged particles and then analyzed the results. They found that, among other issues, the rodents had brain damage, neural inflammation, and impaired memory.

"This is not positive news for astronauts deployed on a two-to-three-year round trip to Mars," Charles Limoli, a professor of radiation oncology at the University of California, Irvine, School of Medicine, said in a statement. "The space environment poses unique hazards to astronauts. Exposure to these particles can lead to a range of potential central nervous system complications that can occur during and persist long after actual space travel - such as various performance decrements, memory deficits, anxiety, depression and impaired decision-making.”

The scientists also found that radiation could lead to more anxiety, as the rodents had their sense of “fear extinction” affected. Since fear extinction tamps down fear associated with past events, if that process isn’t working properly, then the astronauts could feel more fear.

"Deficits in fear extinction could make you prone to anxiety," Limoli said in the statement, "which could become problematic over the course of a three-year trip to and from Mars."

The red planet, about 140 million miles from Earth, is a prominent and tantalizing target for the future of space travel. NASA is looking at 2018 for the launch of its uncrewed Mars InSight mission, has plans for a next-gen Martian rover launching in 2020, and is eying a manned mission in the 2030s decade. Meanwhile, Elon Musk, the founder of SpaceX, has announced a bold vision to send people to Mars and colonize it.

The study, which notes that cosmic radiation could possibly impair astronauts’ decision-making abilities, was published in the journal Science Reports.

A caveat: the study used rodents, not people (for obvious reasons), and in general in science, just because something happens to mice during a study doesn’t mean it will be the same for humans. Indeed, the study uses the word “possibly” to couch their results.

“The Mars mission will result in an inevitable exposure to cosmic radiation that has been shown to cause cognitive impairments in rodent models, and possibly in astronauts engaged in deep space travel,” the study states.