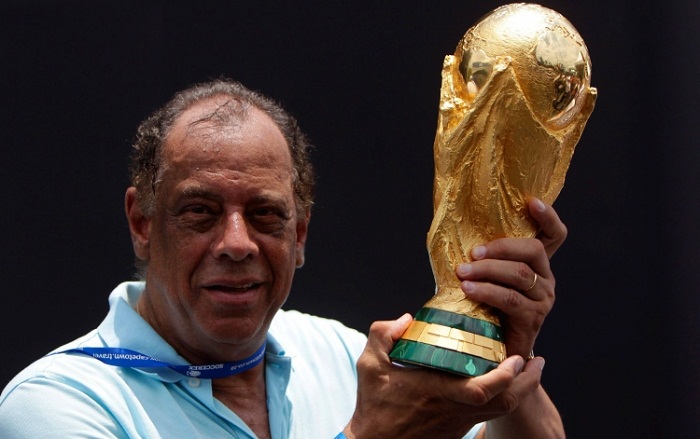 Torres was considered one of the best right-backs in football history and was by far the most emblematic captain in the history of the Brazilian national team. He scored what was considered to be “the perfect goal,” in Brazil’s 4-1 victory against Italy in the 1970 World Cup final.

In 19 years as a professional, Torres played for eight teams in Brazil and the United States. He was inducted into the Football Hall of Fame in both countries. After retiring, Torres worked for 32 years as a manager, from 1983 to 2005. Since then, he was working as a TV commentator for the cable network SporTV.

As a player, Torres was known for his leadership, the elegance of his play, and his temper. Whenever a teammate missed an assignment, he was sure to listen to a lecture given by “The Captain,” as Torres was called. Not even Pelé, the greatest of all, was spared. His peek was in the late 1960s, playing for Santos, where Torres won two national championships.

In 1970, the became the last man to hoist the Jules Rimet Trophy. After three World Cup wins, Brazil received the trophy in perpetuity but it was stolen from the headquarters of the Brazilian FA in 1983 and was never found again. It is widely believed to have been melted down and sold, although proving this is impossible.

As a coach, Torres won the Brazilian National League in 1983, coaching Flamengo, the CONMEBOL Cup in 1993, for Botafogo, and Rio’s regional championship in 1984, coaching his favorite team, Fluminense.