Does coffee really sober you up when drunk? 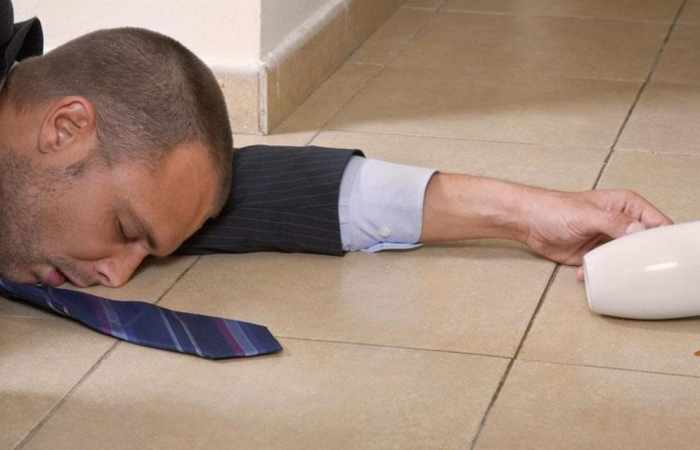 It’s an appealing idea that caffeine can cancel out the effects of too much alcohol. Sadly, studies reveal it is not that straightforward.
A few years ago I went to a play at my local theatre with some friends. My husband arrived late and a little jolly, having been to his office Christmas lunch and spent most of the afternoon drinking wine. Luckily it was a comedy, but he laughed so much that even the cast looked surprised at his enthusiasm.

During the interval I bought him a coffee to help sober him up before the second act. By the end of the play he was a bit quieter, but was I right to assume it was the coffee that had done the trick?

The sedative effects of large quantities of alcohol are well-established. For the first hour-and-a-half or so, when blood-alcohol concentrations are high, people become more alert. From two hours after alcohol consumption to around six hours, objective measures of sleepiness increase . Caffeine does the opposite, making people more alert, which has led to the appealing idea that a cup of coffee can cancel out the effects of a pint of beer.

Sadly it’s not that straightforward. Historically, studies of the effect of caffeine on people’s driving abilities when drunk (in the lab, not on the roads) have had contradictory results. Some have found it reverses the slowing of reaction times caused by alcohol, others have found it doesn’t.

More recently, a study published in 2009 was designed to tease out in more detail the effects of combining alcohol and caffeine. Mice were given alcohol followed by the human equivalent of eight cups of coffee. After the caffeine they seemed more alert, but they were still much worse than sober mice at getting round a maze.

So caffeine can counteract the tiredness induced by alcohol, which might explain why a cup of coffee is popular in many places at the end of a meal. But it can’t remove feelings of drunkenness or some of the cognitive deficits alcohol causes. The reason is that we have to metabolise the alcohol we drink in order to diminish its effects. The body processes it in several ways. Mostly it’s broken down in the liver by two enzymes, alcohol dehydrogenase and aldehyde dehydrogenase. After several steps the alcohol is eventually excreted as water and carbon dioxide.

It takes approximately an hour for the body to metabolise one unit of alcohol, although some people do it faster and some slower, depending on their genetic make-up, how much food they’ve eaten and how often they drink. Caffeine doesn’t speed up the process. However its effects vary according to which function you’re looking at. One study, for example, found a large dose of caffeine can counteract the negative effects of alcohol on memory, but that feelings of dizziness remain.

There are also suggestions that caffeine can make matters worse. If you feel tired you are more likely to realise that you must be drunk, but if the caffeine takes away some of that fatigue you might believe you’re sober when you’re not. This might explain the findings of a study of American college students from 2008. Those who chose drinks containing both alcohol and caffeine, such as vodka and Red Bull, were twice as likely to get hurt in an accident and more than twice as likely to accept a lift with a driver who was over the limit. This effect was independent of the amount of alcohol consumed. This is an early study on the topic in which the students choose their own drinks and reported themselves how much they’d drunk. But it does illustrate how caffeine could fool people into thinking they’re sobering up, and some of the potentially disastrous consequences.

So if I go to a play on the day of my husband’s office party this year, I’ll know that only time will make a difference. I’ll have to hope it’s a production with a third act then.