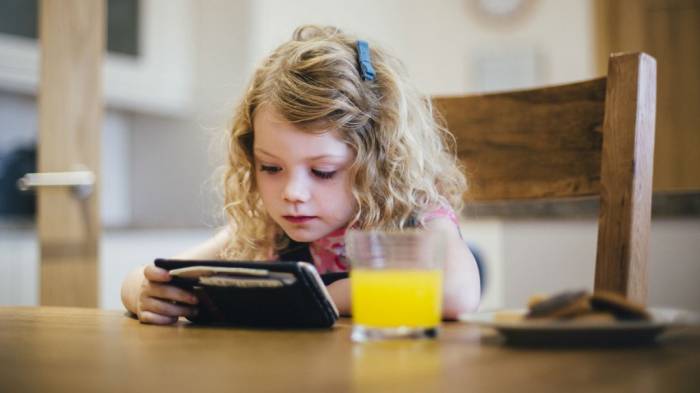 There is no strong evidence to support fears that screen time is inherently bad for children, experts have warned, adding that the recognition of so-called gaming disorder by the World Health Organisation is premature.

Time spent using devices ranging from computers to smartphones and televisions has been the subject of debate after the UK’s culture secretary Matt Hancock called for parents to set boundaries for their children on the use of tech.

“Unlimited and unsupervised access to smartphones can be a portal to some very serious risks. And the chief medical officer has highlighted growing concerns around the impact on children’s mental health. This backs up every parent’s instinct; that children must be protected,” he said.

In the same week a number of primary schools in Australia have asked parents to educate themselves about the computer game Fortnite: Battle Royale, saying they have noticed a change in the behaviour of children as a result of the pupils playing the game. In France students will be banned from using mobile phones anywhere on school grounds from September, after the after the passing of a what’s being referred to as a “detox” law .

But experts have urged caution and said that policy should not be informed by moral panic.

Andy Przybylski, associate professor and director of research at the Oxford Internet Institute at the University of Oxford said studies exploring links between screen time and health sometimes find weak, negative links to aspects of wellbeing such as self-esteem and depression but that the majority were based on surveys and only looked at one snapshot in time.

““The thing that is very very important to understand about this is that these correlations are extremely small,” he said. “And 99% of a child’s wellbeing has nothing measurable to do with screens, no matter how you measure them.”

Przybylski added that while there have been studies that follow children over time, these have generally found that such correlations go away because more of the background of the child is taken into account.

“New good studies, that add to what we understand about the effects of screen time over time on young people – they are really far and few between,” he said.

Dr Pete Etchells, reader in psychology and science communication, Bath Spa University added that the inclusion, for the first time, of “gaming disorder” in the World Health Organisation’s international classification of diseases this week was not backed by evidence.

“It is not necessarily wrong, it is premature,” he said.

Among his concerns, Etchells said diagnostic criteria used for substance abuse disorder or gambling addiction might not be suitable for looking at use of screens, noting that one of the WHO’s characteristics for “gaming disorder” is loosing interest in daily activities.

“If you start using cocaine and stop doing everything else in your life that is clearly something that is harmful: gaming is different though because it is a hobby,” he said.

“The best evidence we currently have suggests that some screen time, some video game playing per day, is better than none at all, particularly for childhood wellbeing – to my mind that is not the message that has been sent out this week with the new classification,” Etchells said, adding that it is necessary to look at the positives and negatives of gaming and, in the case of the latter, how to minimise them without resorting to bans or other “heavy-handed” interventions.

“I don’t think policy should be informed by moral panic, which is what it feels like is happening at the moment,” he said.

Dr Max Davie, officer for health promotion for the Royal College of Paediatrics and a child health and community paediatrician, said there is a danger that children’s gaming could be classed as a disorder of the child, rather than recognised as a problem in the family.

“Whatever we say about the evidence around screen time we have to have boundaries about when it is appropriate to use it and when you have to do other stuff, particular when children are growing up, but that is basic parenting stuff, that isn’t anything new,” he said.

Przybylski added that a curfew on online gaming by under-16s between midnight and 6am introduced in South Korea in 2011 failed to have much in the way of beneficial effects, finding it only increased sleep on average by 1.5 minutes.

When considering interventions, “if the basic science isn’t good, our solutions can be very costly and not even attain the outcome that we want,” he said.

Przybylski cautioned that heavy-handed interventions on screen time could also bring other problems, noting that the UN Convention on Child Rights, states that children have a right to information. “If we are worried about the internet or technology or screens and we are taking it away, there is an argument to be made that we are violating their human rights,” he said.