How coconut oil went from health food to “poison” 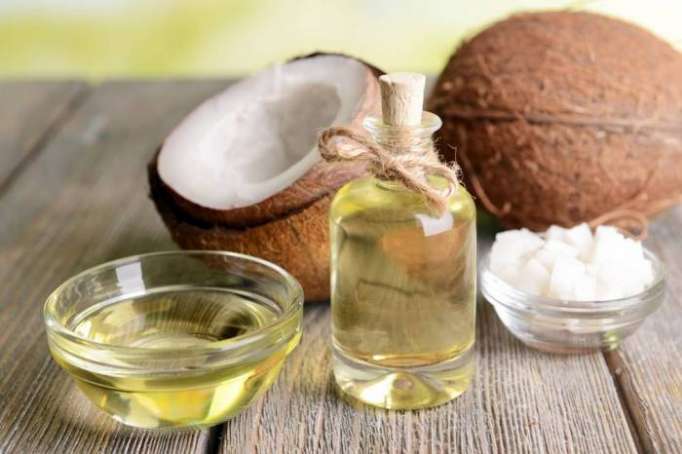 Over the past 10 years or so, coconut oil has become a mainstay as both a food and a personal care product. Goop mentions it in at least 168 articles, even going so far as to recommend it as a lubricant for sex. It’s also been recommended in the mainstream media for everything from cooking to skin care and even oil pulling, a technique involving swishing the stuff around in your mouth like a mouthwash for cleansing. It’s become a darling of the so-called clean eating movement.

But a professor just declared that “coconut oil is pure poison” and “one of the worst foods you can eat.” Karin Michels, an adjunct epidemiology professor at Harvard’s T.H. Chan School of Public Health and the director of the Institute for Prevention and Tumor Epidemiology at the University of Freiburg in Germany, made this statement during a lecture in German in July.

(To be clear, she was talking about eating it, not using it as a hair mask. For the moment, no one has suggested it will make your hair fall out or anything.)

Business Insider seems to be the first outlet to have stumbled upon it; the YouTube video of her lecture now has close to 1 million views.

This isn’t the first time the health benefits of coconut oil have been questioned, but Michels essentially looked at past coco-phobes and said, “Hold my lager,” before dropping her hyperbolic descriptor. Michels’s is the latest shot in a long-running war about the healthiness of coconut oil in particular and saturated fats in general.

It all comes down to the debate about saturated fat

Coconut oil contains a lot of saturated fat, which is the type that historically has been linked to heart disease. In June 2017, the American Heart Association (AHA) got coco-philes and nutritional scientists alike up in arms when it released an advisory statement warning against saturated fats. The statement reiterated the association’s decades-long stance that people should cut back on these fats because they contribute to cardiovascular disease.

It specifically called out coconut oil in the report, noting: “Because coconut oil increases LDL cholesterol, a cause of [cardiovascular disease], and has no known offsetting favorable effects, we advise against the use of coconut oil.”

Plenty of experts disagreed with the AHA’s stance. The inherent unhealthiness of saturated fat is a topic of much debate and fuzzy data in the scientific community, as Vox health writer Julia Belluz has reported on extensively. Saturated fat may not be as bad as we have always assumed, though data supports the fact that unsaturated fats, like those found in fish and vegetable oils, are definitely preferable and can lower the risk of cardiovascular disease.

How coconut oil became popular in the first place

Coconut oil has been used for thousands of years in tropical locales like India and Polynesia. European traders happened upon it in the 19th century and set up plantations in the Caribbean, South Pacific, and Southeast Asia. It was widely used in cooking across the Western world until trade was cut off during World War II. By the 1950s, coconut oil had fallen out of favor after the first hypotheses about saturated fat and heart disease were proposed, according to the American Oil Chemists’ Society, an industry trade group.

More recently, in 1994 the Center for Science in the Public Interest published an analysis of movie popcorn. It claimed a large unbuttered popcorn had as much saturated fat as six Big Macs, largely due to the coconut oil it was popped in. Coconut oil remained a pariah until about the mid-2000s, when it started showing up in health food stores.

In 2011, a New York Times food columnist claimed the oil had “charmed” the health food world, attributing its growing popularity to vegans who used it as a butter substitute and scientists who were rethinking the evidence on saturated fat, as noted above. A representative from Whole Foods said in the article that coconut oil sales growth had been in the “high double digits” for the preceding five years.

Coconut oil contains MCTs, though not in the amount that was used in the study. But weight loss potential became one of coconut oil’s claims to fame. One of the study’s authors told Stat News: “I think the data that we’ve shown with medium chain fatty acids have been extrapolated very liberally. I’ve never done one study on coconut oil.”

Soon, coconut oil took on the aura of woo-woo common in today’s wellness spaces. In addition to being a favorite in Goop articles, Dr. Oz touted its ability to “help our bodies mount resistance to both viruses and bacteria that can cause illness.”

It became popular in questionable diet plans. In his book The TB12 Method, Tom Brady wrote that it was all he cooked with. It’s a core food in the Bulletproof diet, which proposes you drink coffee with butter and oil swirled into it. It pops up as a recommended ingredient in the keto, Paleo, and Whole30 diets. Coconut oil purists recommend using a non-refined version, saying that the refining process strips away potential antioxidant and anti-inflammatory benefits.

Amid all this, more people started slathering it all over themselves, using it as a hair mask and moisturizer. Commercial beauty products claiming to be “natural” incorporated it as an ingredient, and there’s even an upscale line of coconut oil products sold at Sephora called Kopari. Jared Leto and a slew of other celebrities invested in the brand.

So will coconut oil kill me?

All the confusion and negative news seems to be taking a toll on the popularity of coconut oil. Sales started waning in 2015, according to the Washington Post.

Like all fats, coconut oil is high in calories. The truism for most things concerning diet holds up here: Saturated fats generally, and coconut oil specifically, are probably fine in moderation. Calling something a poison is a great way to get YouTube views, but unless you stir-fry the coconut oil with some arsenic, it’s an exaggeration.