No decision on Assange extradition before US elections, judge says 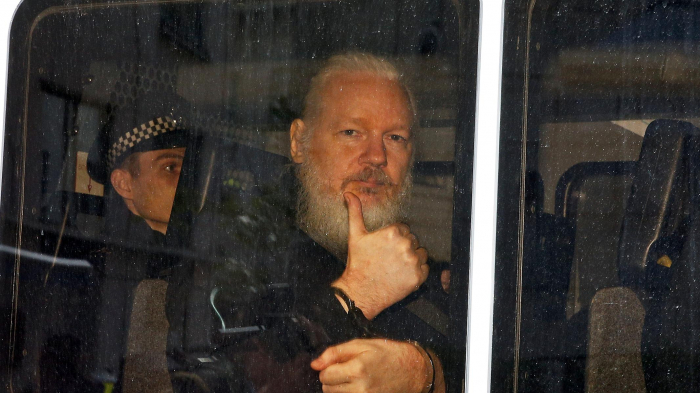 WikiLeaks founder Julian Assange will have to wait until after the US election to find out whether he will be extradited to face espionage charges there, the British judge presiding over his hearing said Friday, AzVision.az reports citing AFP.

Assange faces 18 charges in the US relating to the 2010 release by WikiLeaks of 500,000 secret files detailing aspects of military campaigns in Afghanistan and Iraq.

Evidence in the extradition hearing at London's Old Bailey court is due to close next week, but judge Vanessa Baraitser agreed to Assange's lawyer's request for time to prepare his closing arguments.

"Evidently it seems unlikely we will be able to get judgment before November 4," lawyer Edward Fitzgerald, representing the Australian, told the court.

"You have to bear in mind there is an election and the future is uncertain."

Fitzgerald claims the move to extradite his client is politically motivated under President Donald Trump, telling the court that some aspects of his defence, linked to the president, "would be worse if Mr Trump was there".

Baraitser concluded that "one way or another my decision is likely to go after the election in the US" and gave the defence four weeks to prepare their arguments, and the US government a further two weeks.

If convicted, Assange -- who has been held at London's high security Belmarsh Prison for the last 16 months -- could be jailed for up to 175 years.

The extradition hearing is the latest in a series of legal battles faced by Assange since the leaks a decade ago.

In 2010, he faced allegations of sexual assault and rape in Sweden, which he denied.

He was in Britain at the time but dodged an attempt to extradite him to Sweden by claiming political asylum in Ecuador's embassy in London.

For seven years he lived in a small apartment in the embassy, but was turned over to British police in April 2019 after a change of government in Quito.


More about: WikiLeaks   Julian-Assange   UK   US