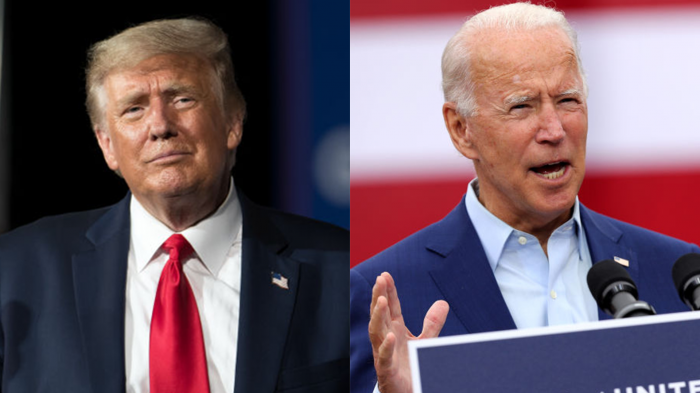 The excruciatingly close U.S. presidential election hung in the balance on Wednesday, with a handful of closely contested states set to decide the outcome in the coming hours or days, even as President Donald Trump falsely claimed victory and made allegations of electoral fraud, AzVision.az reports citing Reuters.

Democratic challenger Joe Biden opened up narrow leads in Wisconsin and Michigan on Wednesday morning, according to Edison Research, as the two Midwestern battleground states that the Republican president won in 2016 continued to count mail-in ballots that surged amid the coronavirus pandemic.

Together with Nevada, another state where Biden held a small advantage with votes still left to be tallied, those states would deliver Biden the 270 votes needed in the state-by-state Electoral College to win the White House. But Trump still had a path to victory with those states officially undecided.

Opinion polls had given Biden a strong lead nationwide for months, but had shown tighter races in battleground states, and the vote did not produce the overwhelming verdict against Trump that Democrats had wanted.

In the nationwide popular vote, Biden on Wednesday was comfortably ahead of Trump, with 2.6 million more votes. Trump won the 2016 election over Democrat Hillary Clinton after winning crucial battleground states even though she drew about 3 million more votes nationwide.

Biden, 77, said in the early hours he was confident of winning once the votes are counted, and urged patience.

“We feel good about where we are,” Biden said in his home state of Delaware. “We believe we’re on track to win this election.”

Trump, 74, appeared at the White House soon after to declare victory.

“We were getting ready to win this election. Frankly, we did win this election,” Trump said, before launching an extraordinary attack on the electoral process by a sitting president. “This is a major fraud on our nation. We want the law to be used in a proper manner. So we’ll be going to the U.S. Supreme Court. We want all voting to stop.”