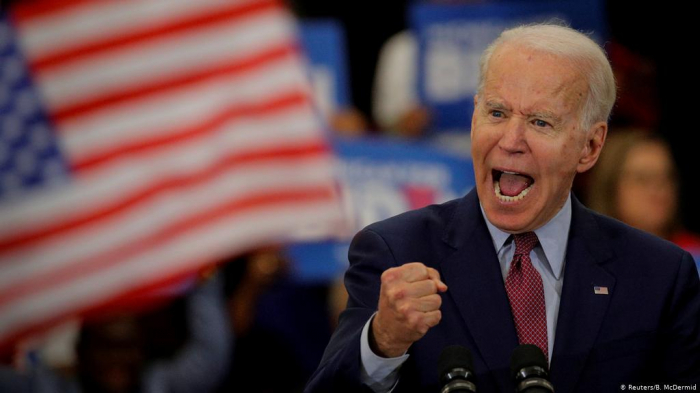 Biden’s victory capped one of the longest and most tumultuous campaigns in modern history, in which he maintained an aggressive focus on Trump’s widely criticized handling of the Covid-19 pandemic. A majority of voters said rising coronavirus cases were a significant factor in their vote, according to early results from the NBC News Exit Poll of early and Election Day voters.

Biden regularly criticized Trump as unfit for office and positioned his campaign as a “battle for the soul of America.” He promised from the outset of his run to heal and unite the country if he won, and made central to his closing message a pledge to represent both those who voted for him as well as those who didn't when he got to the White House.

As president, Biden will immediately be confronted with a bitterly divided nation in the throes of a pandemic that has already killed 236,000 Americans. Trump has exacerbated the split by minimizing the effects of the pandemic, and has not even said whether he would recognize the outcome of the election.

He will also have to corral a fractious Democratic Party with unresolved tensions between its progressive and centrist wings.

Biden, who turns 78 on Nov. 20 and will be the oldest incoming president in U.S. history, first ran for the nation’s highest office more than 30 years ago. A longtime moderate, he has stressed bipartisanship for decades, and his long Senate career was typified by his willingness to work across the aisle with Republican colleagues.

Biden will be sworn in as the 46th U.S. president on Jan. 20. Sen. Kamala Harris will become the first female, first Black and first Asian American vice president. In addition to the projected Electoral College vote, Biden also won the popular vote, and he set a record for winning the most votes of any candidate in U.S. history.

Trump has repeatedly and erroneously declared victory, including in states where Biden is the projected winner. The president has also repeated unfounded conspiracy theories and tried to cast doubt on the integrity of the tabulation process.

In a lengthy statement released after NBC News called the race, Trump said, "We all know why Joe Biden is rushing to falsely pose as the winner, and why his media allies are trying so hard to help him: they don’t want the truth to be exposed."

"The simple fact is this election is far from over. Joe Biden has not been certified as the winner of any states, let alone any of the highly contested states headed for mandatory recounts, or states where our campaign has valid and legitimate legal challenges that could determine the ultimate victor," he added.

Trump added that, “Beginning Monday, our campaign will start prosecuting our case in court to ensure election laws are fully upheld and the rightful winner is seated."

Biden was also projected to become president-elect by several other major news organizations, including CNN, ABC News and The Associated Press.

Biden had expressed clear confidence in a victory once all the votes were counted, speaking regularly since polls closed Tuesday as an anxious nation waited for states to complete their tallies.

“We don’t have a final declaration, a victory yet. But the numbers tell us a clear and convincing story,” Biden said in a brief speech Friday night. “We’re going to win this race.”

With 92 percent of the expected vote across the country counted, Biden led Trump 50.5 percent to 47.7 percent in the popular vote, a contrast to Trump, who lost the popular vote in 2016 while winning the Electoral College. The 74,478,345 votes that have so far been counted for him is the largest number of votes won in the U.S. by any presidential candidate.

The projection by NBC News isn’t likely to dampen efforts by the Trump campaign to fight for the president’s re-election in court. His campaign has filed multiple lawsuits, several of which have already been thrown out, and more are expected. His campaign has also said it would ask for a recount in Wisconsin, where Biden is the apparent winner, according to NBC News.

Trump has continually generated unfounded fears about the vote tabulation process, firing off tweets demanding that officials halt counting and leave ballots uncounted in places where analysts think the remaining votes favor Democrats. In the early hours Wednesday morning, with millions of votes still uncounted, Trump falsely claimed he had won. On Thursday, he held a press conference where he made a series of false election fraud claims.