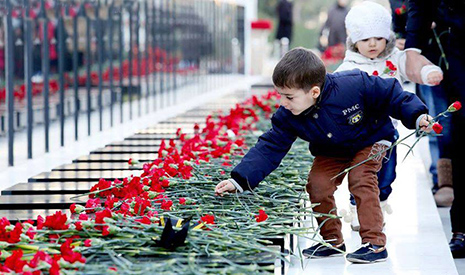 
On January 16, 2014, as a result of the annual Pax Turcica awareness campaign by Azerbaijani-American Council (AAC) and Azerbaijan Society of America (ASA), the New York State Senator, Terry Gipson (D-41st District), issued a proclamation recognizing the 24th anniversary of Black January in Azerbaijan.

The proclamation mentions the fact that on the night of January 19-20, 1990, 26,000 Soviet special troops with support of tanks, helicopters and navy stormed Baku, the capital of Azerbaijan, indiscriminately firing at unarmed civilians. Black January was the most violent crackdown on dissent during the Gorbachev`s Glasnost Era, with over 170 people killed and 714 reported wounded.

Senator Gibsonёs proclamation also explicitly recognizes the territorial integrity of Azerbaijan, including over Karabakh and Nakhchivan regions; ASA as the oldest community organization of Azerbaijani-Americans since 1957, and AAC as their nationwide advocacy group since 2006.

We express a special gratitude Senator Gibson and to the distinguished Pax Turcica member, Mr. Sevgin Oktay, for requesting the proclamation from his elected representative. A copy of the document is available at:

May all the heroes who sacrificed their lives for freedom and independence of Azerbaijan rest in peace.