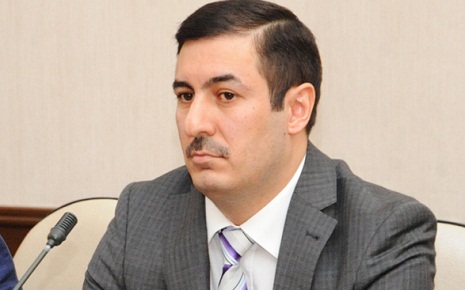 The concern of the circles disliking Azerbaijan is growing and the campaign to discredit the country is being intensified as the day of holding the First European Games in Baku is getting closer, Rufiz Gonagov, head of the International Relations Research Center said June 6.

He made the remarks during the roundtable of the "Support for Baku 2015 First European Games" civil society coalition on the topic “Double standards of international organizations towards human rights”.

The event was attended by the MPs, heads of media outlets and non-governmental organizations, political scientists and others.

Gonagov said that the athletes and tourists to visit the country will see the high-level organization of the Games.

He regretted that some circles don’t want to support the events aimed at ensuring peace, unity of people and stability.

He commented on the article published on the openDemocracy portal authored by Council of Europe Commissioner for Human Rights Nils Muiznieks, UN Special Rapporteur on the situation of human rights defenders, Michel Fors and the OSCE Representative on Freedom of the Media, Dunja Mijatovic.

“Seeing the failure of all their attempts, they enhance the anti-Azerbaijani activities,” said Gonagov.

He said that Azerbaijan’s civil society should show unity against these forces and prevent their attempts.

Addressing the event, the coalition’s coordinator Aydin Guliyev said that the campaign to discredit Azerbaijan is being enhanced as the European Games are getting closer.

“These forces presumed that Azerbaijan won’t be able to get prepared for the Games on time,” he said. “However, seeing the opposite, they enhanced the campaign to discredit the country.”