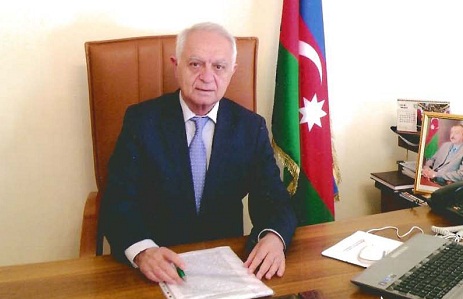 President of Afghanistan Mohammad Ashraf Ghani accepted the diplomatic credentials of Vahdat Sultanzade, the new non-resident ambassador of Azerbaijan to Afghanistan, Afghan presidency said June 8.
After the ceremony, President Ghani discussed with the new non-resident ambassador of Azerbaijan the ways to enhance relations and cooperation between the two countries.

The newly appointed ambassador said that Afghanistan and Azerbaijan are two brotherly countries, adding that Azerbaijani investors and businessmen are interested in investing in economic and cultural areas in Afghanistan.

Sultanzade said practical measures will be taken in this regard by late 2015.

Afghanistan’s president for his part said that within the next two years, some 70 percent of Afghanistan’s trade will be carried out via Turkmenistan-Azerbaijan-Georgia corridor and Turkey.

The president appreciated the decision of Azerbaijan to invest in Afghanistan, highlighting that the investments focus on infrastructure.

The president added that Afghanistan uses about one million metric tons of construction cement each year and investment in this area would benefit both Afghanistan and Azerbaijan.

Afghanistan recognized the independence of the Republic of Azerbaijan on December 21, 1991. The diplomatic relations between the two countries were established on November 16, 1994.