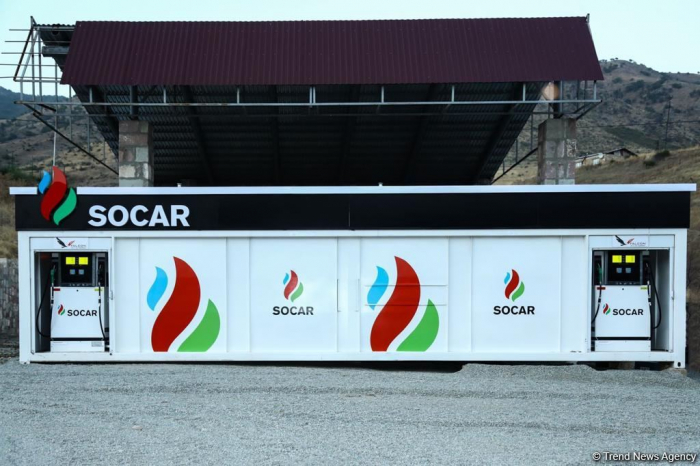 A new modular filling station under the SOCAR brand has been commissioned in Hadrut settlement of Khojavand district, Trend reports citing the State Oil Company of Azerbaijan (SOCAR).

The filling station will sell RON-92 gasoline and diesel fuel.

Another filling station is planned to be commissioned in the direction of 'Victory Road' in Shusha city, SOCAR said.

Together with the new filling station commissioned in Hadrut settlement, the number of stations under SOCAR PETROLEUM CJSC put into operation in the Karabakh and East Zangazur economic regions has been brought to four.

Currently, a network of 43 filling stations and 11 oil terminal under SOCAR brand operate in Azerbaijan.