Sperm swimming technique 'all down to simple maths' 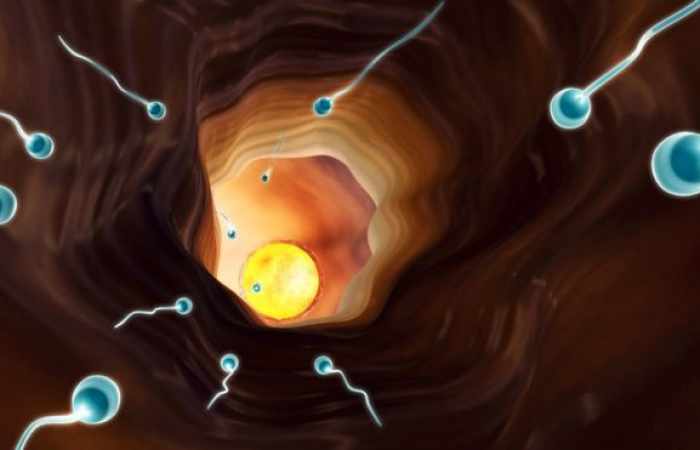 How an individual sperm swims, against all the odds, through fluid to reach the fallopian tubes has been revealed - and it's all about rhythm.

Researchers from the UK and Japan found that the head and tail movements of sperm made patterns similar to the fields that form around magnets.

And these help to propel sperm towards the female egg.

Knowing why some sperm succeed and others fail could help treat male infertility, the researchers said.

More than 50 million sperm embark on the journey to fertilise an egg when a man and woman have sex.

About 10 reach the finish line - but there can only be one winner.

"Every time someone tells me they are having a baby, I think it is one of the greatest miracles ever - but no-one realises," says Dr Gadelha, a lecturer in applied mathematics at the University of York.

He and his team measured the beat of individual sperm cells' tails to try to understand the flow of fluid around the sperm.

It turns out that a "simple mathematical formula" explains the rhythmical patterns created, Dr Gadelha says.

And these movements help selected sperm cells move forward towards their holy grail - the female egg.

The study, published in the journal Physical Review Letters, says the next step is to use the model to predict how large numbers of sperm move.

Prof Allan Pacey, a sperm expert from the University of Sheffield, says a successful sperm is more than just about swimming prowess.

"The more we know about sperm the better. This might help infertility treatment in some small way but there are lots of other factors to consider too."

They include the number of sperm available, getting them to the right place at the right time and the DNA present in the head of the sperm.

When a man has ejaculated, 50 million to 150 million sperm are produced, and these cells immediately start swimming upstream towards a woman's fallopian tubes.

But it's not an easy journey - there are lots of hurdles to overcome for the male sex cells, which are just 0.065mm in length.

Only one sperm can penetrate the woman's egg and fertilise it, so the race is on.

First, they have to survive the vagina, where conditions mean most die. Then they have to avoid dead ends and being trapped before reaching the uterus.

On the way there are marauding white blood cells ready to kill them.

Finally, the remaining sperm arrive at the fallopian tubes, where they are fed and nourished.

But has an egg been released at exactly the right time to welcome the winning sperm? If not, the journey has all been in vain.